Noble House Catallus is one of the six Noble Houses of the Spire, and was once second only to House Helmawr until a civil war divided the House. The losing faction was exiled to the Ash Wastes where they became the Nomad gangs, and are hunted by the Catallus Spyrers to this day.

Once a large and proud, prosperous House, pre-eminent among the elite Noble Houses of Necromunda, second only to House Helmawr itself, it had large stakes in most Hives on the planet. Then, over two-thousand years ago, civil war broke out in what is still remembered as the most vicious conflict in the archived history of the Noble Houses. What triggered the war or even why the factions disagreed is not known, but for over a hundred years House Catallus was torn apart by assassinations and embroiled in open warfare between House factions and bloodlines in internal power struggles for the House's wealth. The ancestors of what is now House Catallus emerged as the victorious faction, exiling their defeated relatives into the Ash Wastes in what was supposed to be a death sentence, never to return to the protection of the Hives. Some outcasts survived in the wasteland beyond the safety of the Hives, and their resiliency underestimated by the victors. Though now polluted, the air was then still breathable, and they thrived in the desert, becoming the Nomads gangs that wander the toxic wastes, doomed by their forefathers, and still living with the shame that their ancestors cast them out from the safety of the hive.

The double-bladed knife was a ritual weapon traditionally carried by members of House Catallus dating back to the House's prominence. Since the exile it has become a common weapon of the Ash Waste Nomads and other Outhivers, and a symbol of the Nomads' struggles. The double-blade allows a fighter to parry with it like a sword even though it is just a knife.

While House Catallus sends out its young men and women in Spyrer teams to prove themselves ready to rule like the other Noble Houses, they are not sent into the Underhive. Instead they are sent to the Ash Wastes to hunt the Nomads descended from their ancestors' enemies in what is more traditional ritual than genuine revenge. In practice, Nomads, Shanty dwellers and even Guilder caravans are all hunted as vermin, who hate and fear the Spyrers in return. 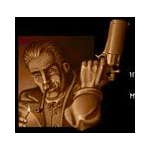